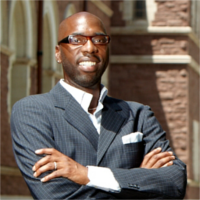 Davarian L. Baldwin, Paul E. Raether Distinguished Professor of American Studies at Trinity College, Hartford, received his PhD from New York University, and has conducted extensive research into the New Negro Renaissance, and into African American consumer and mass culture. In his amazing book Chicago’s New Negroes: Modernity, The Great Migration and Black Urban Life (University of North Carolina Press, 2007), he discusses the relations and tensions between “old” and “new” settlers in Chicago (the reference point being the Great Migration), the ideas and concepts of ‘uplift’ or ‘civilization’ and the institutions of mass culture and consumer culture on Chicago’s South Side. We are especially interested in his comprehensive knowledge on the intersectional consequences of modernity, the emergence of mass culture, and the idea or ideology of self-improvement.

Lisa Blackman, Professor in Media and Communications, Goldsmiths, University of London, is co-editor of the journals Subjectivity as well as Body & Society. She has studied the crossroads of embodiment, affect and media. Her last, acclaimed book is entitled Immaterial Bodies: Affect, Embodiment, Mediation (Sage, 2012). In the context of our project and conference we hope to learn more from Lisa Blackman on the co-relations of (mass-)mediality, embodiment, social differentiation and affect control. 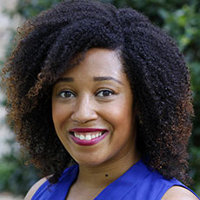 Michell Chresfield, is a Lecturer in United States History at the University of Birmingham. She received her PhD from Vanderbilt University with a dissertation titled “‘Half and Halves’ and Racially Ambiguous Others: Social Scientific Experts and the Problem of Multiracials in the Modern U.S., 1920-1965.” We are interested in her work, because she addresses the history of science and medicine along the lines of eugenics, as well as negotiations of multiracial identities during the regime of Jim Crow. In this regard she is also interested in black women’s stance towards birth control between 1916 and 1945.

Sue Currell, a former chair of the British Association for American Studies and a winner of multiple awards and scholarships caught our attention with her writing on 1930s self-help literature and narratives of eugenic decline and recovery. Currell wrote a celebrated book on leisure in the 1930s, The March of Spare Time: The Problem and Promise of Leisure in America During the 1930s (University of Pennsylvania Press, 2005), and co-edited a book with Christina Cogdell on mass culture and eugenics, titled Popular Eugenics: National Efficiency and American Mass Culture in the 1930s (University of Ohio Press, 2006), which explains our conviction that she will contribute her expertise to our conference.

Thomas C. Leonard, Research Scholar, Department of Economics, Princeton University, has received the Joseph J. Spengler Best Book Prize of the History of Economics Society for his excellent book Illiberal Reformers. Race, Eugenics, and American Economics in the Progressive Era (Princeton University Press, 2016). His book deals with the reciprocal conditions of exclusion and inclusion and the central role of eugenics for the Nestors of social engineering, social organization and planning in the United States of the Progressive Era. Our interest in the context of this conference is how the organization of the masses, the striving for mental and bodily fitness, the efforts of the individual (Self-Help) and concepts of race, class, ability and gender co-relate.

Miriam J. Petty, Assistant Professor in the Department of Film, Radio, and Television, as well as Screen Cultures Director of Graduate Studies at Northwestern University, has published on African American actors and actresses, movie directors, and movie audiences. Her book Stealing the Show: African American Performers and Audiences in 1930s Hollywood (University of California Press, 2016) won the Best First Book Award from the Society for Cinema and Media Studies. We are especially interested in her knowledge on African American mass audiences as well as her high competence in media studies, which will help us conceptualize the relations between identities, self-improvement, stardom/celebrity, and cinema as mass medium.